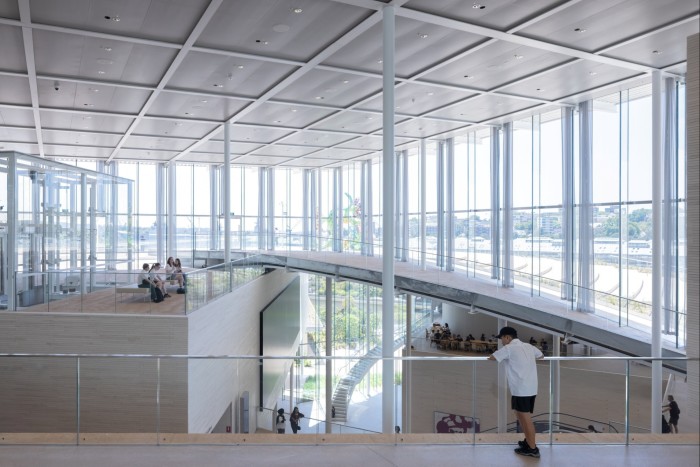 With a focus on indigenous and female artists, the museum has had a valuable rebalancing

Sanaa, the Pritzker prizewinning architects, buck the trend for flashy art-world architecture. In Manhattan, the practice’s Kazuyo Sejima and Ryue Nishizawa memorably stacked “boxes” above the Bowery to give the New Museum a new home. For the Sydney Modern Project, an expansion of the Art Gallery of New South Wales, they have used the box concept again, but this time as an exercise in concealment.

Flanked by the Royal Botanic Garden and the green space of the Domain, a series of limestone-clad pavilions step down towards the water. The aim was a construction “that breathes with the city, the park and the harbour”, the pair said at the building’s unveiling in late November.

In what is arguably the most significant new Sydney landmark since Jørn Utzon’s Opera House, a public art garden links the North Building (as it’s called for the moment) to the neoclassical original. But it is only when you step inside and peer into its vast glass atrium — 11 metres at its tallest point — that you grasp the scope of Sanaa’s A$344mn (US$230mn) creation. Below, two banks of steep escalators sweep visitors down and down again, beside an eco-friendly rammed-earth wall, to an airy café, terraces with harbour views, green roofs, green spaces and galleries built into the hillside.